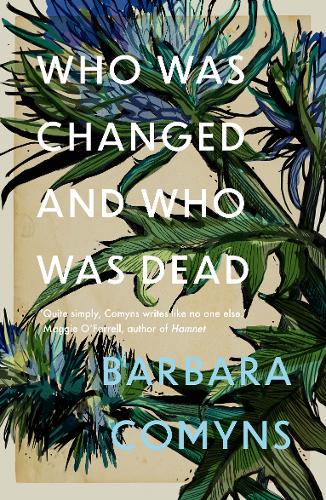 Who Was Changed and Who Was Dead

That evening the baker’s wife ran down the village street in a tattered pink nightgown. She screamed as she ran.

Strange things are afoot in the English village where the Willoweed family live. First, the river floods in June. The family wakes to find ducks sailing around the drawing room and dead peacocks bobbing in the garden. But the flood is only the beginning of their troubles.

All of a sudden the miller goes mad and drowns himself. Then the butcher slits his throat. A peculiar illness is spreading through the town and picking off its victims one by one.

From the Willoweed cottage, sisters Emma and Hattie watch the tragedy unfold. They have grown up in the village, cared for by their meek father and bullied by their grandmother with her enormous ear trumpet. The wild and mysterious countryside is the only world they have ever known. But as the virus spreads and hysteria grips everyone around them, they realise their lives are about to change forever.

Originally published in 1954, Who Was Changed and Who Was Dead is a twisted pandemic parable and a tragicomic gem.

‘Quite simply, Comyns writes like no one else.’ – Maggie O’Farrell, author of Hamnet

‘The strange off-beat talent of Barbara Comyns [whose] innocent eye observes with child-like simplicity the most fantastic or the most ominous occurrence.’ – Graham Greene

‘Everyone should read Barbara Comyns… There is no one to beat her when it comes to the uncanny.’ –Guardian

‘The sense of fairytale is never far away in Barbara Comyns. Its childhood power never quite left her.’ – Spectator

‘Comyns’s own witchy way of looking at the world arises from her resourceful craft – her wordsmithery – which like a spell or a charm gives her fiction a unique flavour.’ – Marina Warner