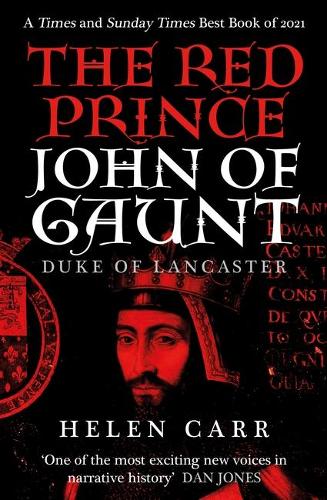 The Life of John of Gaunt, the Duke of Lancaster

John of Gaunt was son of Edward III, brother to the Black Prince, father to Henry IV and the forefather of the Tudors. His character and motivations have been hotly disputed: supposed usurper of Richard II’s crown and a focus of hatred throughout the latter part of the fourteenth century, culminating in the dramatic Peasants’ Revolt and the torching of his home, the Savoy Palace.

Helen Carr paints a complex portrait of a man who held the levers of power on the English and European stage, passionately upheld chivalric values, patronised early religious reform and supported a renaissance in art and literature in England …inspiring Shakespeare to characterise Gaunt in Richard II, in giving the most beautiful oration on England (‘this sceptred isle… this blessed plot’).

An engrossing drama of political machinations, violence, romance and tragedy played out at the cusp of a new era.