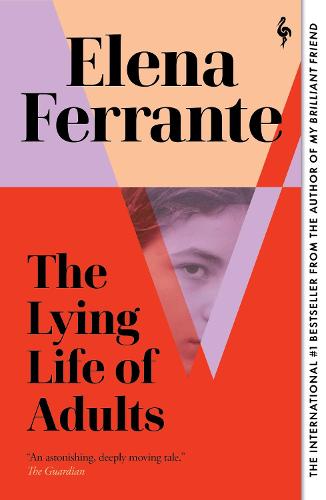 The Lying Life of Adults

Reserve a copy of The Lying Life of Adults for collection at Hart's Books. If you provide your email address below, we will contact you when this item is ready for collection. For delivery by post add the address to the order notes and we will be in touch to arrange payment.

Giovanna’s pretty face has changed: it’s turning into the face of an ugly, spiteful adolescent. But is she seeing things as they really are? Into which mirror must she look to find herself and save herself?

She is searching for a new face in two kindred cities that fear and detest one another: the Naples of the heights, which assumes a mask of refinement, and the Naples of the depths, which professes to be a place of excess and vulgarity. She moves between these two cities, disoriented by the fact that, whether high or low, the city seems to offer no answer and no escape.

“Two years before leaving home my father said to my mother that I was very ugly. The sentence was uttered under his breath, in the apartment that my parents, newly married, had bought in Rione Alto, at the top of Via San Giacomo dei Capri. Everything—the spaces of Naples, the blue light of a very cold February, those words—remained fixed. But I slipped away, and am still slipping away, within these lines that are intended to give me a story, while in fact I am nothing, nothing of my own, nothing that has really begun or really been brought to completion: only a tangled knot, and nobody, not even the one who at this moment is writing, knows if it contains the right thread for a story or is merely a snarled confusion of suffering, without redemption.”