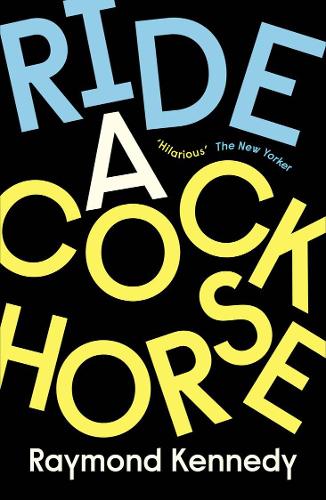 Reserve a copy of Ride a Cockhorse for collection at Hart's Books. If you provide your email address below, we will contact you when this item is ready for collection. For delivery by post add the address to the order notes and we will be in touch to arrange payment.

‘Looking back, Mrs Fitzgibbons could not recall which of the major changes in her life had come about first, the discovery that she possessed a gift for persuasive speech, or the sudden quickening of her libido.’

Forty-five-year-old Frances Fitzgibbons is a loan officer at a New England bank, known for her polite discretion and kindly, tolerant disposition. Suddenly she transforms almost overnight: seducing a high-school student, usurping her boss as vice president, and firing anyone who crosses her.

Once Frankie has found her voice – which arrives fully-formed, without hesitation or thought – resistance is futile. It’s not long before she has a gang of devoted acolytes, including her hairdresser and son-in-law, and her plans to obliterate the competition can run unchecked.

First published in 1990 and set against the financial crisis of 1987, Ride a Cockhorse is a rollicking cautionary tale brimful with snappy dialogue and gleeful obscenity – and an irresistibly compelling antiheroine.