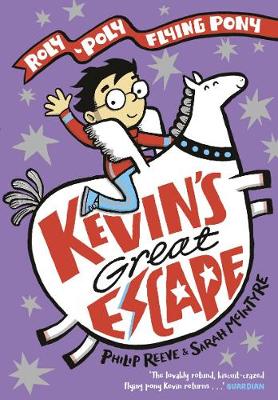 When famous pop star Misty Twiglet moves to Bumbleford she wants to meet roly-poly flying pony, Kevin – it’s so exciting – she promised him biscuits! But when Kevin is captured in Misty’s back garden, things become serious and there isn’t a biscuit in sight. Kevin’s best friend Max and his sister Daisy must come to the rescue, and there’s no way they’re giving up on him without a fight.