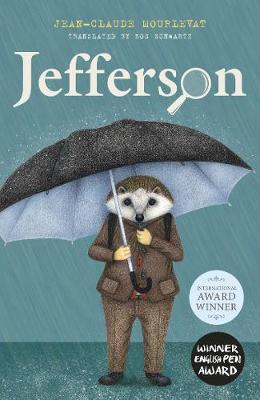 Reserve a copy of Jefferson for collection at Hart's Books. If you provide your email address below, we will contact you when this item is ready for collection. For delivery by post add the address to the order notes and we will be in touch to arrange payment.

Winner of the PEN Translates Award When Jefferson the hedgehog goes to his hairdresser’s, he’s shocked to discover the barber lying dead on the floor. Falsely accused of murder, Jefferson must go on the run with his best friend Gilbert the pig to uncover the real killers. Adventure, dark secrets and a most unlikely series of hair-raising events await Jefferson and his fellow animals as they travel into the Land of the Humans . . . With a cover by Lisa d’Andrea, and inside illustrations by Antoine Ronzon Translated by Ros Schwartz